Tapestry of the Gobelins Royal Manufactory

Part of the Children Gardeners series

Design by Charles Lebrun (1619 – 1690), First painter of the King and first director of the Gobelins Royal Manufactory

The so-called « entrefenêtre » shape was intended to be placed between two windows and avoided to be displayed in front of the day light; it is probably why the colors of the present tapestry are so well preserved. Usually the “entrefenêtres” used to present the same subject as a wider tapestry of the series, but in a narrower composition.

The Children Gardeners series deal with the theme of the four seasons trough a group of children working in a garden. Besides the political series for the glory of the King, as the Story of Alexander series or the Story of the King or the religious series as The Story of Moses or The Story of Constantine….), it is the only series of the Louis XIV period dealing with an intimate subject: the children that Louis XIV used to love so much. 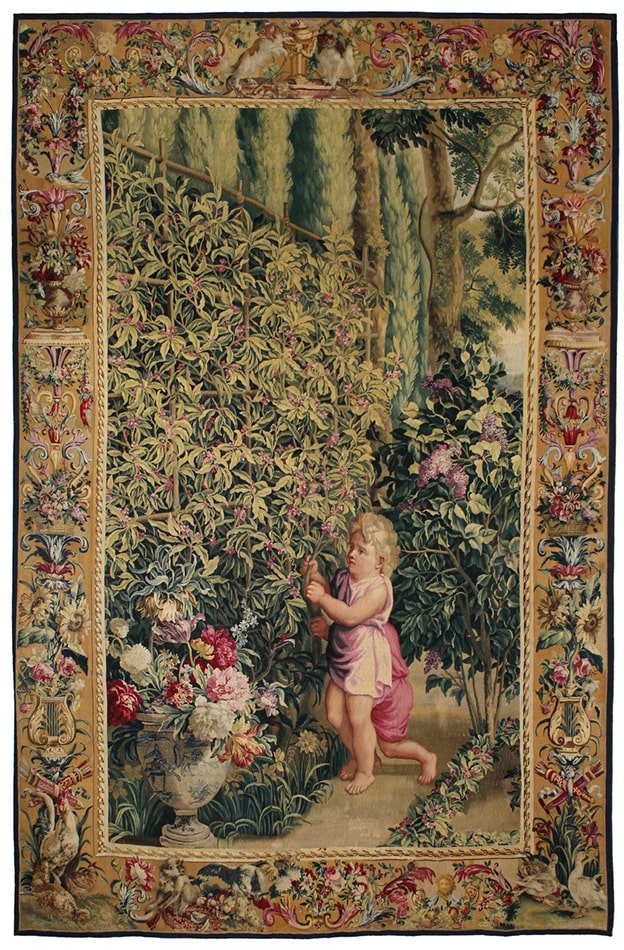