Probably from the workshop of Pieter van den Hecke, active from 1703 to 1752.

Part of  the Seven Sacraments serie

Origin of the model

Poussin painted the subject of the Seven Sacraments twice between 1638 and 1648. The first set, painted for his Roman patron, Cassiano del Pozzo, was completed before his return to France. The second version was executed in Rome from 1646 to 1648 for Paul Fréart de Chantelou, secretary to the Superintendent of Royal Buildings in France. The present tapestry is based on the version made for Fréart de Chantelou.

The Virgin, seen in profile, and Joseph, both crowned with flowers, are kneeling. Joseph holds the flowered almond tree branch that designated him, among the other suitors whose branches had not bloomed, as the future husband of the Virgin. Our tapestry does not take up the whole composition, because it is of a narrow format called "entrefenêtre" (between windows) 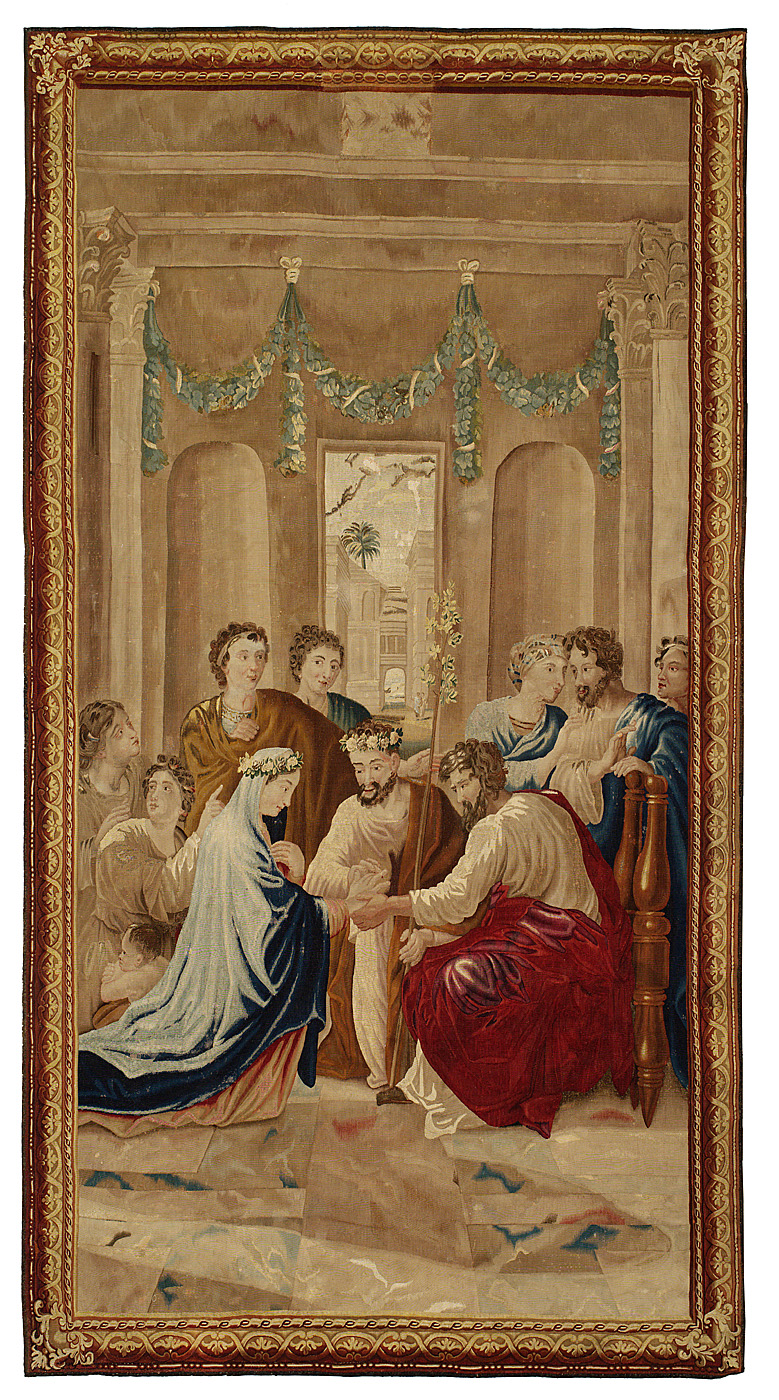