From 1689 at the Royal Manufacture of Beauvais, a hanging of Grotesques with yellow background (1) comprising six subjects and inspired by the work of the painter ornemaniste of Louis XIV, Jean Berain 1st (1640 - 1711), was put on the loom. The success was immense and the hanging was rewoven several times until around 1730. Various models of borders framed these infinitely decorative compositions: first with chinoiserie motifs, then in imitation of frames in different versions (Pazzis-Chevalier - 2002 - p.10 &11).

The compositions of the tapestries also vary in their upper and lower parts, in the arrangement of entablatures, draperies and other "aerial" motifs. The lower parts present or not stone stairs, small laurels and boxwood beds. The heights of the tapestries of the Grotesques hanging vary from 2.75 to 3.57m, which also explains these differences in the decoration for the same subject. 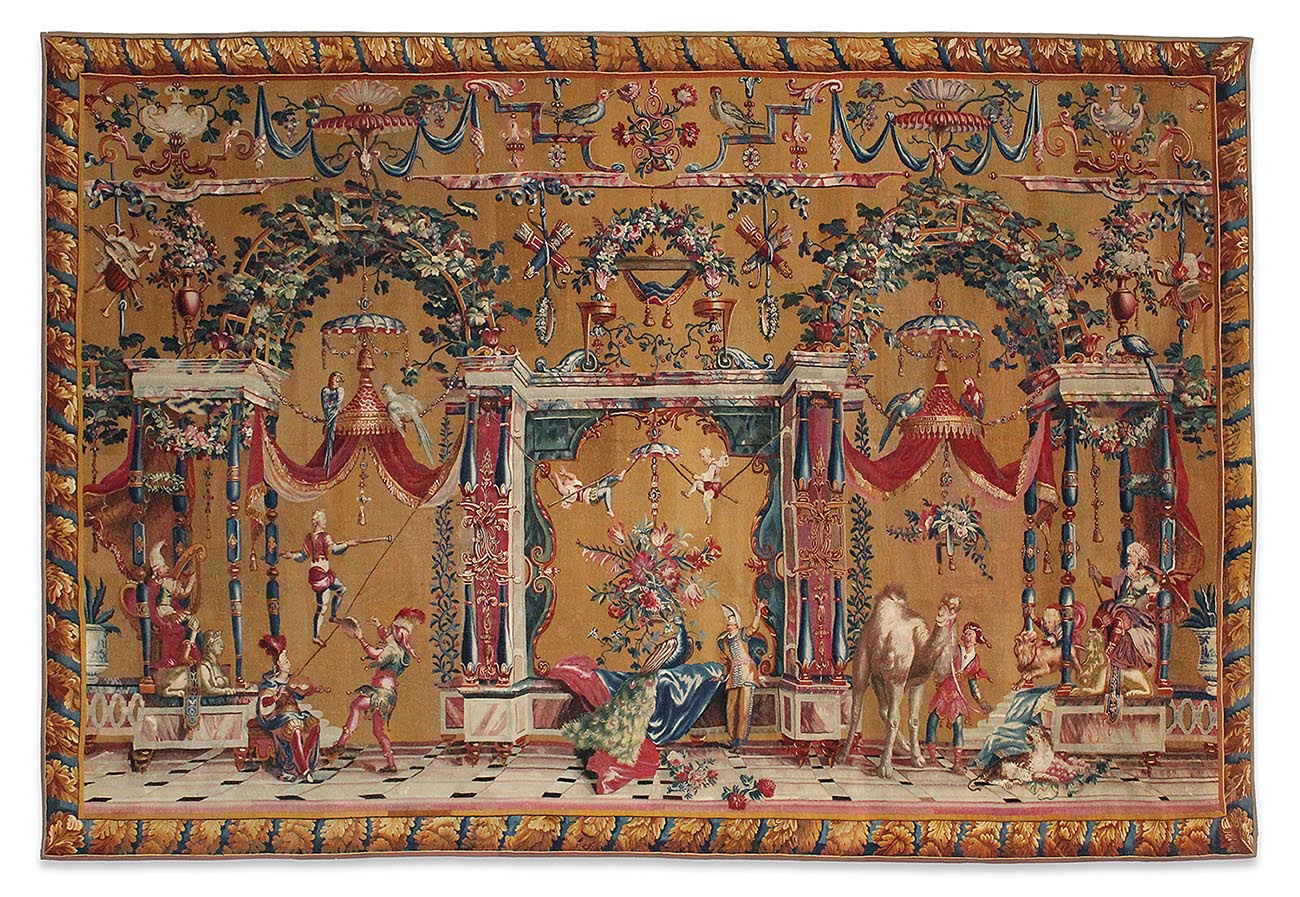