Brussels Tapestry, first half of the 18th century

Probably from the workshop of Pieter van den Hecke, active from 1703 to 1752.

Part of the Seven Sacraments serie

We take again the text of Louis Réau who quotes the Gospel according to St Matthew, 18 - 20: "After having chosen the apostles, Jesus establishes a hierarchy among them and gives them a leader. He said to Simon, the first of his disciples, "You are Peter and on this rock I will build my church. I will give you the keys of the kingdom of heaven, and whatever you bind on earth will be bound in heaven" (Louis Réau, op.cit., vol. 2/II, p.314).

In the background we see two buildings : on the right the synagogue and on the left the new church identified by a capital E.

Origin of the model

Poussin painted the subject of the Seven Sacraments twice between 1638 and 1647. The first set, painted for his Roman patron, Cassiano del Pozzo, was completed before his return to France (the original painting was acquired in 2011 by the Kimbell Art Museum in Fort Worth, USA). The second version was executed in Rome in 1647 for Paul Fréart de Chantelou, secretary to the Superintendent of Royal Buildings in France. It is probably the engravings of this second version of the 7 sacraments that served as a model for the hanging woven in Brussels in the following century. 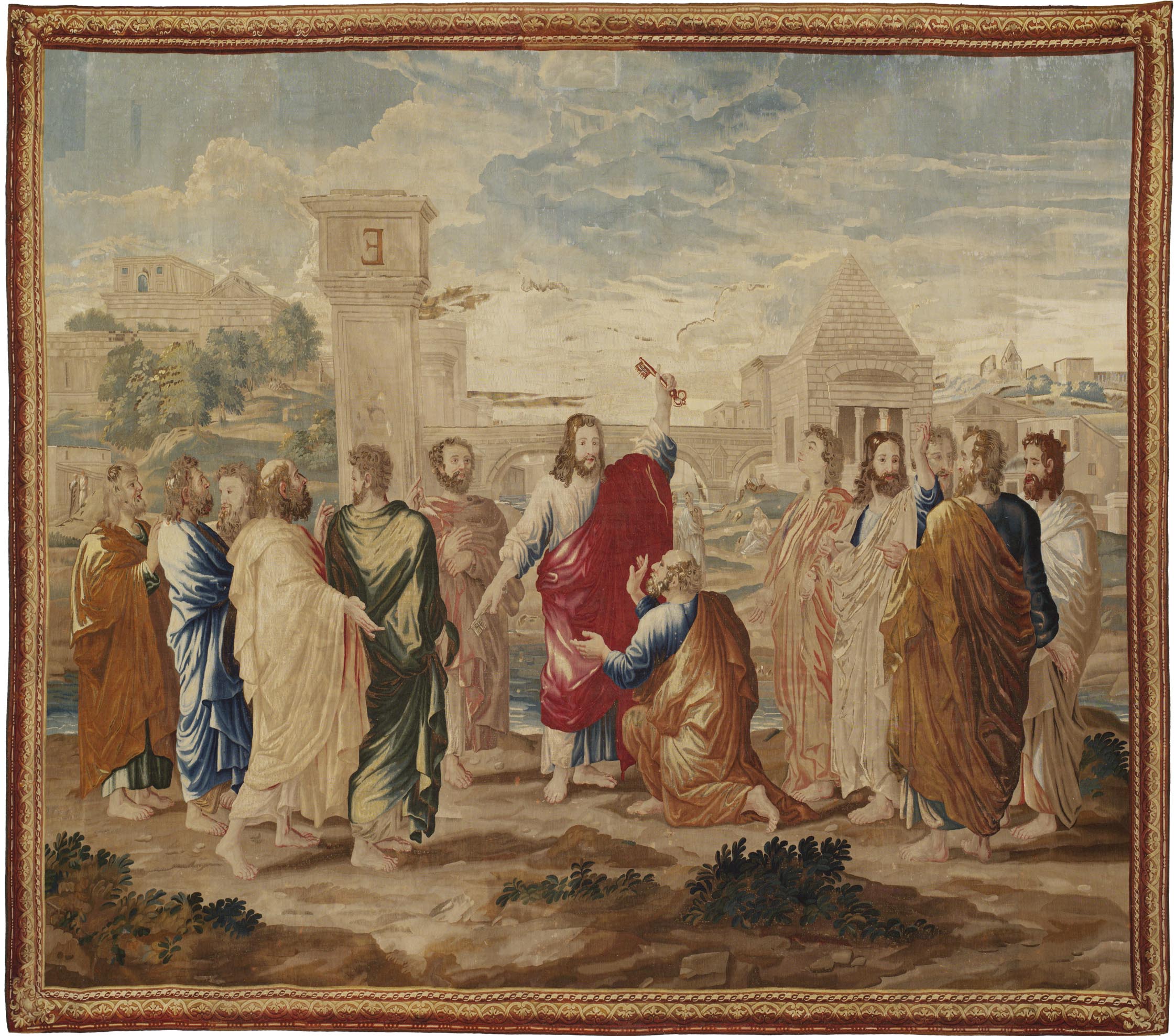