Tapestry of the Royal Manufacture of Aubusson

Based on a model from the last third of the 17th century by the painter Charles Lebrun (1619 - 1690), first director of the Royal Manufacture of Gobelins

This tapestry which is part of the hanging known as the History of Alexander, is one of the most popular models of the Aubusson workshops.

This example woven later (first quarter of the 18th century) has kept beautiful bright colors, very pleasant, compared to weavings of the late 17th century with muted tones and without red. The composition is set in an old gold border in imitation of a frame.

The scene is described in Quinte Curce, History of Alexander, translated into French in 1655.

After the battle of Issos, Alexander went to the camp of Darius, which he had abandoned. The queens of Persia bowed to Ephestion, the favorite of Alexander, whom they had taken for the conqueror. The mother of Darius, threw herself at the feet of Alexander to ask for forgiveness of its error.  The victor was merciful. 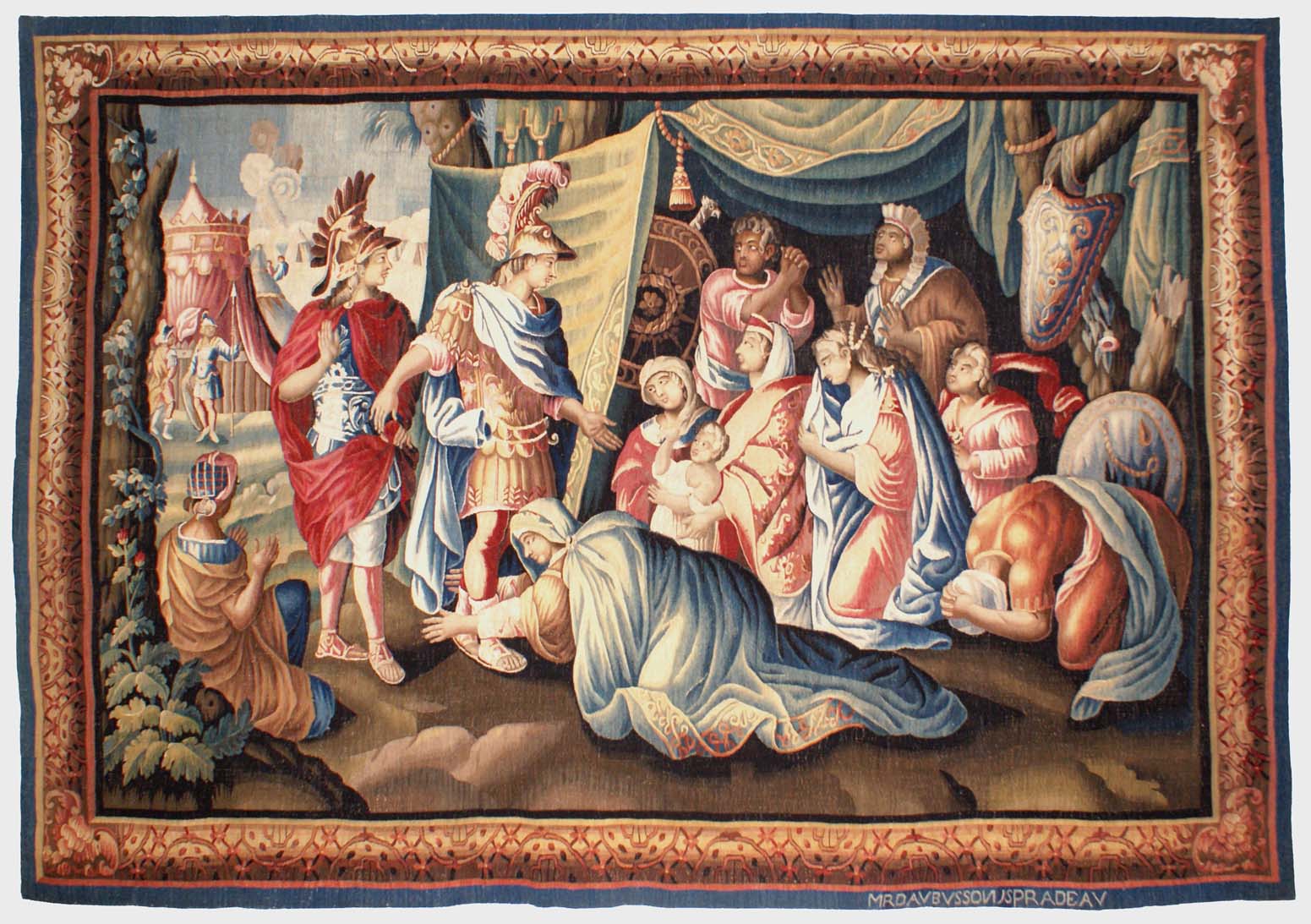