Tapestry from the Royal Aubusson Manufactory

Artemisia, Queen of Halicarnassus, organised a sumptuous funeral for her beloved husband and built a tomb for him which was one of the seven wonders of the world, hence the word mausoleum. As she was facing great difficulties as regent, her son being still too young to become king, she gave herself courage by drinking a beverage made of a liquor in which her husband's ashes were mixed; it is this scene of posthumous marital love that is represented on the present tapestry. 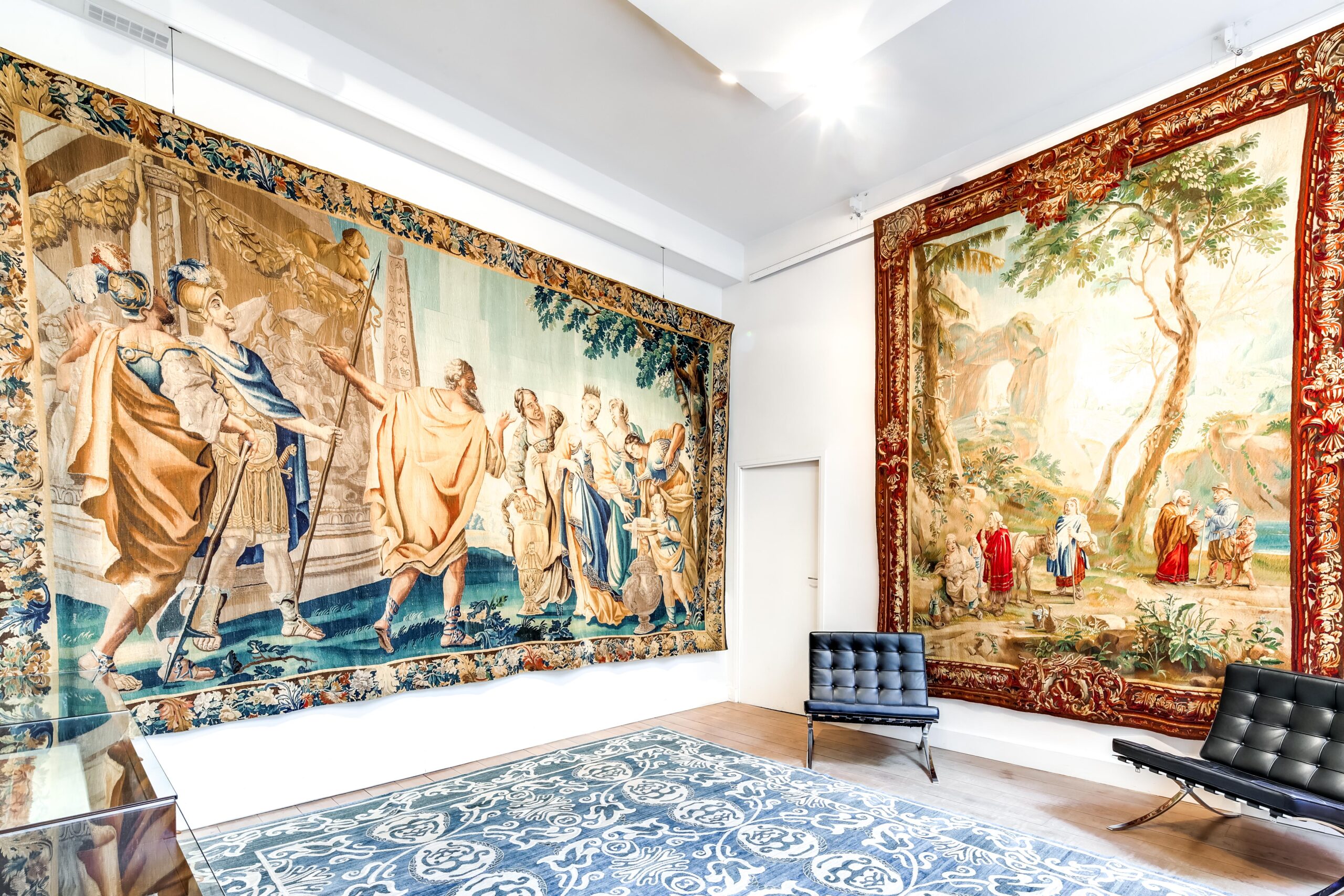