Niobe having declared that she was superior to Latona who had only two children, whereas she, Niobe, had had several (seven daughters and seven sons). Latona, offended, asked her two children (Apollo and Diana) to avenge her, which the two deities did by using their bows and arrows against Niobe's children. It is this scene which is superbly laid out in the present tapestry. 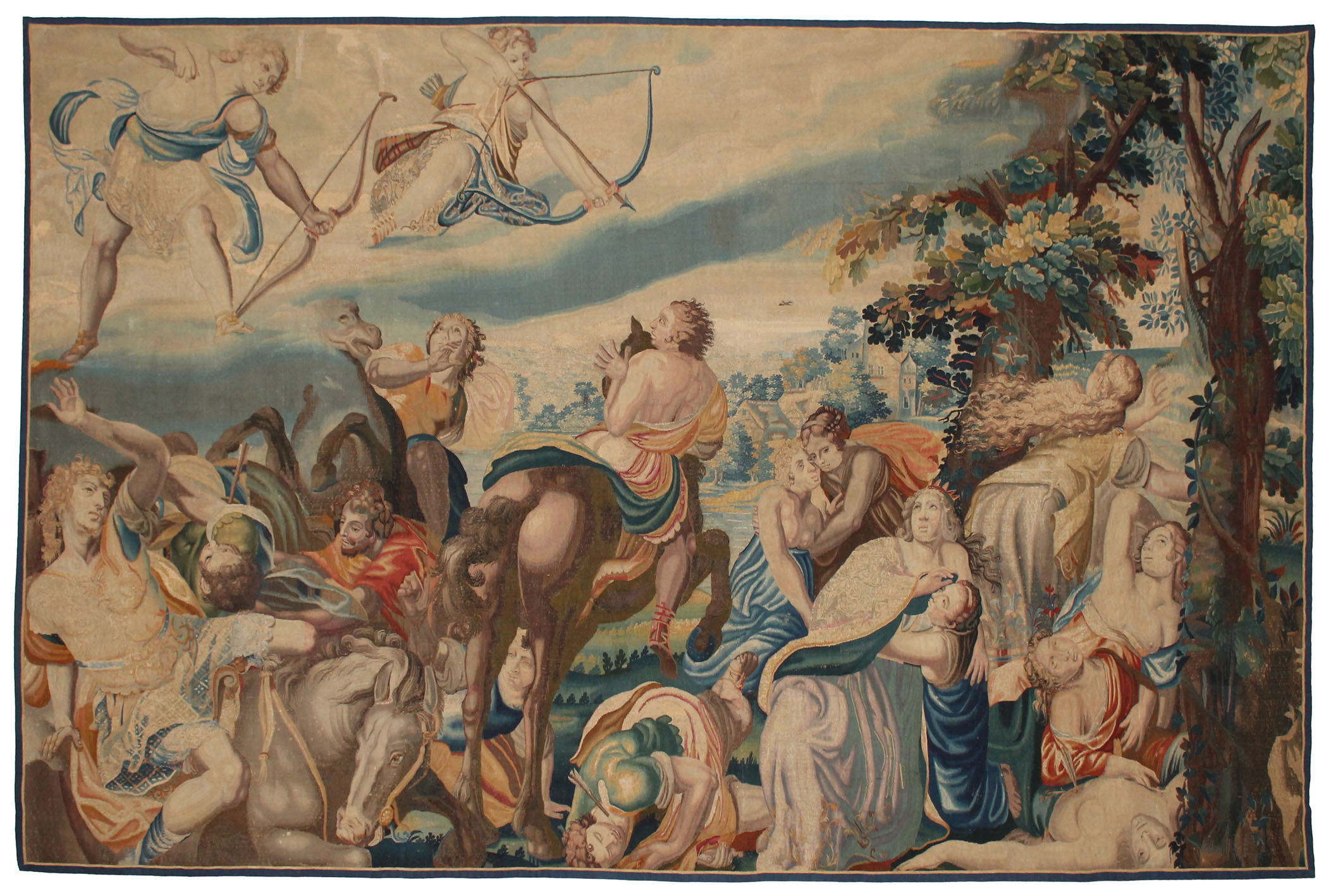