Flemish tapestry, Antwerp, first half of the 17th century

Part of the Storyy of Diane serie

Woven in wool and silk

The tapestry depicts the meeting of the hunter Actaeon and the goddess Diana. The goddess is surprised by the hunter bathing with his companions. She pushes him away with a graceful gesture by sprinkling him with water from the waterfall. However, irritated to be seen naked with her companions, because she has taken a vow of chastity, she seeks revenge on the indiscreet hunter by turning him into a deer. This legend reported by Ovid in his Metamorphoses met with great success in painting and tapestry because it allowed Actéon to be represented at different stages of her metamorphosis.

This tapestry presents a rather rare iconography of Diana and Actaeon. Diana and her companions are usually presented rather at the edge of a river than behind a waterfall, so close to Actaeon. The tapestry is very beautiful because it is presented as a fresco in a limited but very harmonious palette of colours. Let us not forget that the Flemish tapestries have been qualified as mobile frescos of the North. 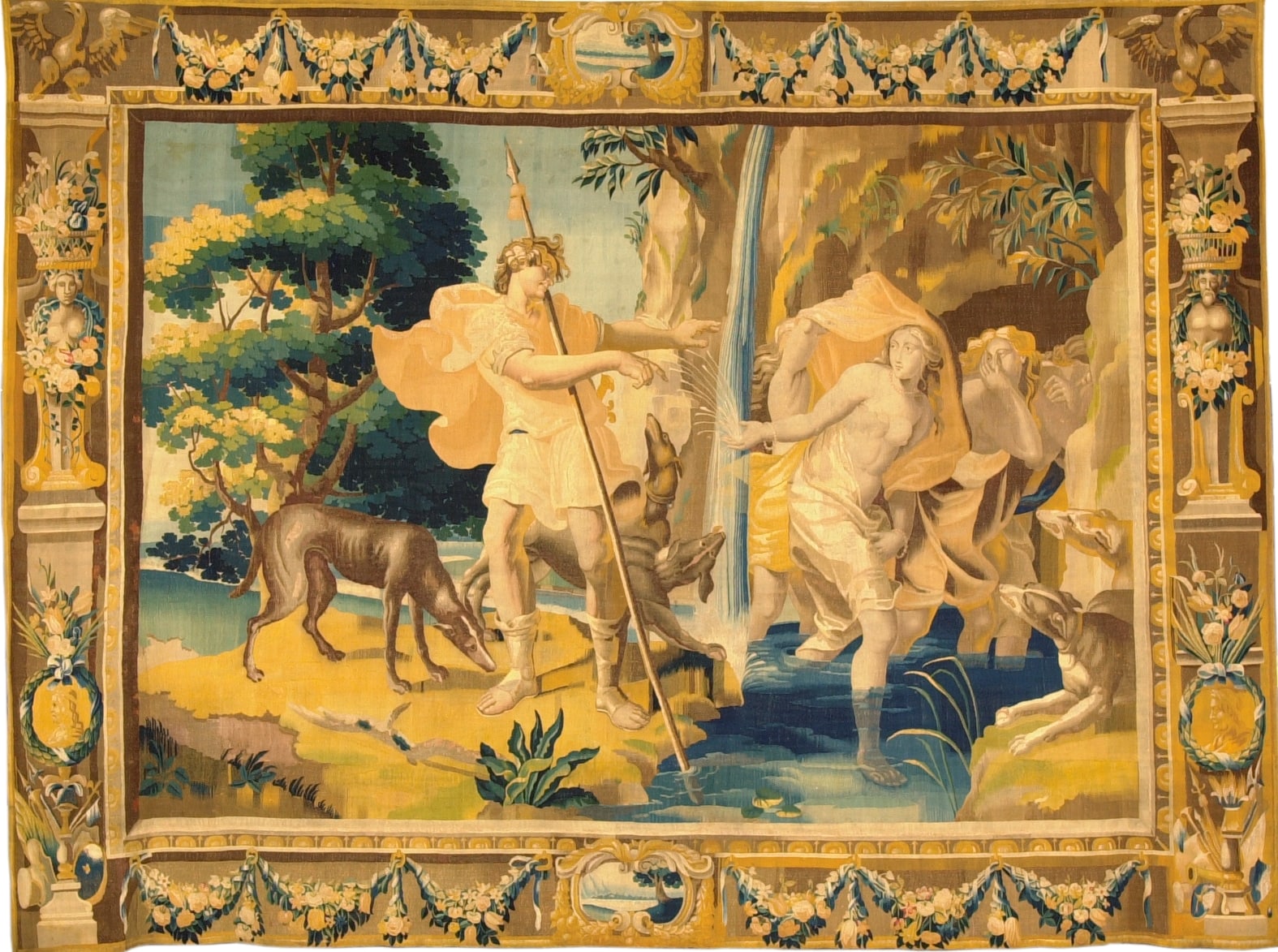