Embroidery of cotton threads and acrylic paint on antique linen 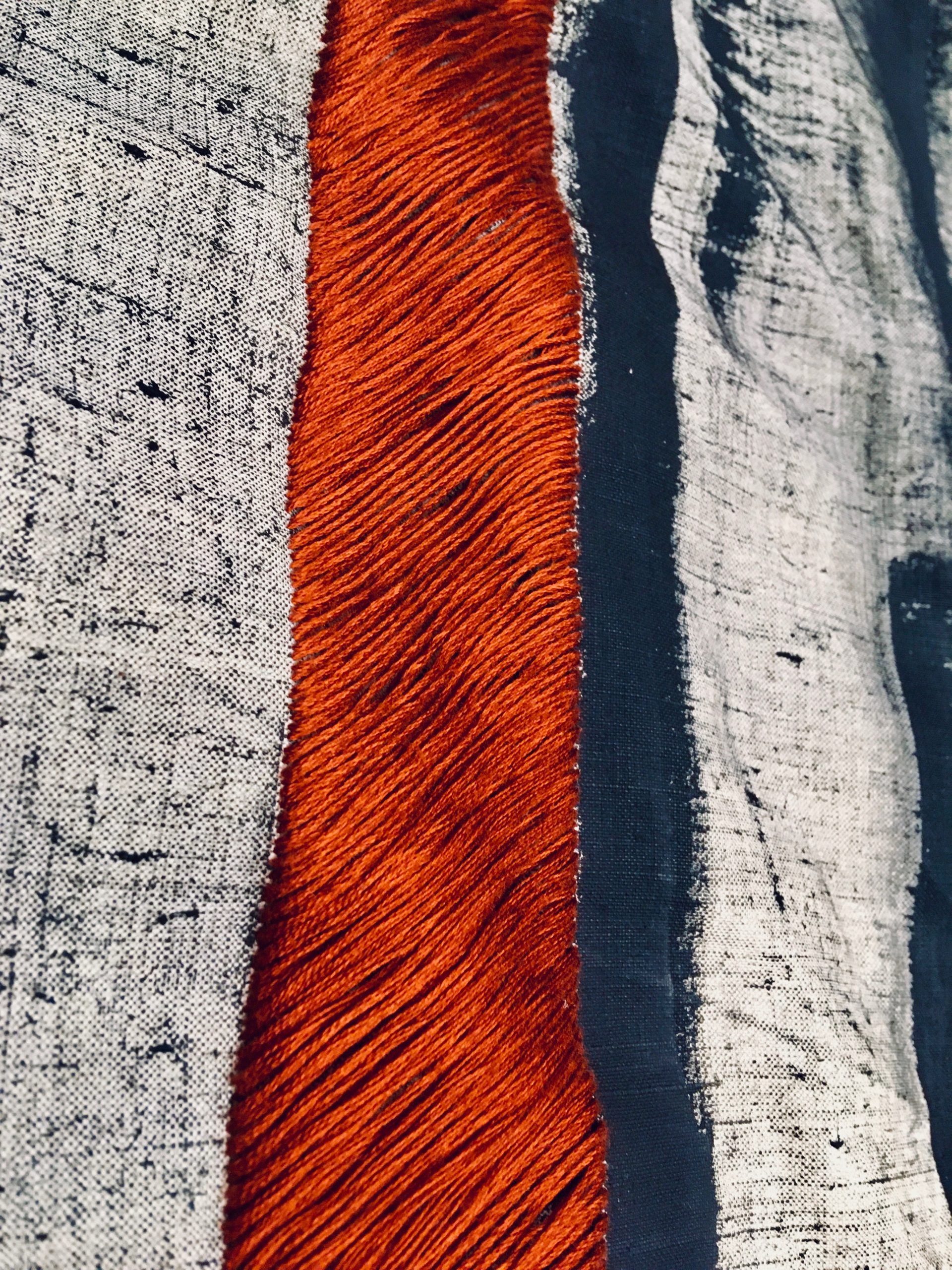 Born in January 1974, Yentele lives and works between Paris and the Charente.

French artist, Cécile Princ of her real name, is first of all fascinated by Elsewhere, the Other...

After a DEA in Religions, a 3-year stay in Egypt and then an Arabic aggregation, she is back to her artistic fibre - she has been playing the violin since she was 9 years old - but above all she is back to her cultural heritage. Her artisan grandparents fled Poland in the 1930s. They then settled in Paris where they made a living from the work of their hands.

Her grandmother, a seamstress, to whom she was very close, was nicknamed Yentele or Yentl in Yiddish.

Cécile decided to take the name Yentele in homage to this embroiderer grandmother who had so deeply imbued her with the culture of the Hand. But it is only decades later, in the presence of ancient fabrics, that her tactile memory will be reactivated.  In particular thanks to the contact of linen and hemp fibres, the almost roughness of the weave.

It is therefore a story of touch, but also stories that spin, that disappear, that the artist Yentele proposes and fixes through his first two series.